Daytona 24 gig for Hartley: What’s next?

Daytona 24 gig for Hartley: What’s next? 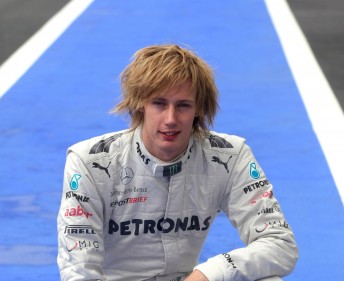 International Kiwi racer Brendon Hartley has secured a drive at the Daytona 24 Hour race this weekend.

Hartley will handle a 5-litre V8-powered Ford Riley Daytona Prototype in what will be only his second competitive drive in the United States after debuting at the Petit Le Mans race in a Murphy LMP2 prototype late last year.

The 23-year-old stands on the verge of his most successful season after re-igniting his potential F1 career last year when he tested a Mercedes at Magny-Cours in September.

“I am delighted and excited to get this opportunity and I am really looking forward to showing what I can do in this high quality field,” Hartley said.

The link came last year when Hartley worked with Starworks when the US team ran the LMP2 car of the Murphy Prototypes at the Road Atlanta event in October.

Hartley has carved quite an impressive career in the top echelon of sports car racing.

“I have worked hard to learn the unique set of skills that are required to be a top level sports car driver and it is satisfying for that effort to now be recognised by someone like Peter Baron.

Another Kiwi Scott Dixon, Daytona winner in 2006, will handle a V8-powered BMW Riley.

Hartley was a member of the Red Bull Driver Development program for four years before being dumped but his grand prix aspirations now look to have taken a turn for the better with his role at Mercedes looking strong.