PIRTEK POLL: Can V8 Supercars survive without Falcons and Commodores?

PIRTEK POLL: Can V8 Supercars survive without Falcons and Commodores? 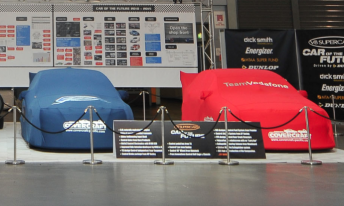 Will the future of Ford Falcons and Holden Commodore affect V8 Supercars?

Ford Falcons and Holden Commodores have battled on and off the track for more than three decades, but their time on the road may be limited.

According to a recent report in News Limited papers in Australia, Ford and Holden could end production of their long-standing Falcon and Commodore brands in 2016.

If this is the case, it is certain to change the face of V8 Supercar racing.

With the small-sized and SUV cars taking a stranglehold of the automotive marketplace in Australia, the writing may be on the wall for racing large V8 sedans.

Can V8 Supercars survive without a ‘Falcon’ or ‘Commodore’ in the race? Would you continue to support the racing if Ford entered a Mondeo or if Holden raced a Cruze?

Vote now on this week’s edition of the Pirtek Poll …