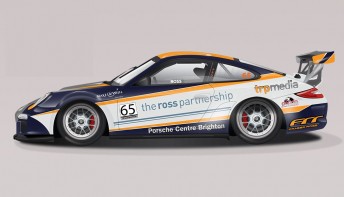 Twenty-two year old Victorian Fraser Ross is set to start as one of the favourites to win the 2013 Porsche GT3 Cup Challenge Australia presented by Pirelli series after confirming he’ll contest a full season this year.

Placing 10th in the second-tier Porsche title in 2012 after a limited campaign, the former historic touring car racer has hit sights set on the GT3 title.

“I gained some great experience last year and I feel we are in good stead heading into the 2013 series. The car is ready to go and I can’t wait to get back on-track for the opening round at Mallala,” said Ross.

“We performed well at the start of last year, however with my interrupted schedule I wasn’t able to maintain that consistency, which is something I’ll be focussing on this season.

“If all things go to plan, I can’t see why we can’t be contending for the championship for the end of the season.”

Ross will continue to get support from Porsche Centre Brighton and The Ross Partnership, while the Melbourne-based driver will continue as an Official Ambassador for Make-a-Wish Australia.

The opening round of GT3 Cup Challenge will be held at Mallala Motor Sport Park, South Australia, on April 20-21.