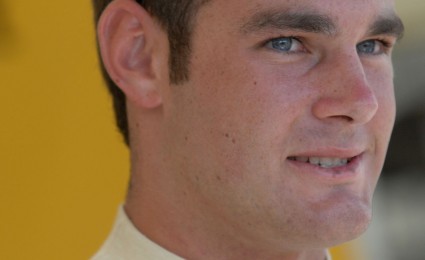 Shane van Gisbergen will be one of the busiest drivers in the Antipodes this season as he appears set to tackle full-time campaigns in both the BNT V8 SuperTourer and V8 Supercars Championships.

After fleeing his V8 Supercar gig with the Stone Brothers Racing at the end of last year he returned home to Auckland to spend time with his family and work out his immediate motor racing future.

The 23-year-old confirmed his V8 SuperTourer campaign this week, and is expected to announce a full-time return to V8 Supercars with Tekno Autosports in the coming days.

In addition to his SuperTourer announcement, the Kiwi also spoke this week of driving in the NZ Rally Championship, D1NZ National Drifting Championship, dirt track and the possibility of tearing around in a Sprint Car.

Van Gisbergen will be one of 60 competitors in Round 3 of the Cody’s D1NZ National Drifting Championship Series at Tauranga’s Baypark this weekend.

‘SVG’ will jump behind the wheel of the Federal Tyres Ford Falcon V8 after being gifted the opportunity from friend Shane Allen in his Rattla Motorsport machine.

“We’ve got Tauranga this weekend and we’ve been smoking tyres and its a lot of fun,” van Gisbergen said during an interview with TV3’s Shaun Summerfield.

“I did a rally test before Christmas and I’m looking at doing the championship as well. So there’s enough there to keep me busy.

“I’ve got some pretty good opportunities this year with SuperTourers, the rally, the dirt track, the drifting and the speedway maybe.”

van Gisbergen had a few tests of Colin Corkery’s V8 SuperTourer last year that for the most part was kept under wraps.

“With this SuperTourers thing I see that we have a good opportunity to win races. The cars are pretty equal. If we get a lot of testing and get the car right we can go out there and have some fun and get good results.

“I had a couple of tests last year which not many people knew about. They’ve got quite a good tyre on them which makes them quite easy to drive. The whole field is covered by one second and they are all Kiwi tracks which is what I know so I’m looking forward to it.

“I’ve liked being home over Christmas and seeing the family so to be able to race in New Zealand there’s seven rounds here so it’s going to be really good to see the Kiwi fans and the races I’ve seen the crowds look quite big as well.”

Van Gisbergen admitted that quitting his V8 Supercar role at SBR, which has been taken over by Erebus and will run E63 AMG Mercedes-Benz cars this year, was the hardest decision he has had to make.

“Hopefully this year I can place myself in a bit better spot. It was the toughest thing I’ve ever done to tell everyone I wasn’t going to be racing in the V8s anymore.”

“It was pretty tough to come out and say that. I’ve been working, selling wheels and stuff and I’m in a pretty good place at the moment.”