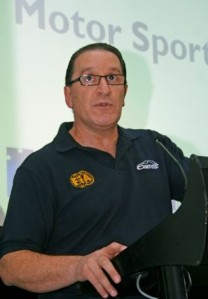 The Confederation of Australian Motor Sport has taken the major first step in overhauling its operations under new executive chairman Eugene Arocca.

The sport’s governing body has confirmed that its General Manager of Commercial Operations, Michael Smith, has moved into the role of GM of Motor Sport in place of the departing Paul Taylor.

Arocca is promising a raft of further changes in the near future, including the appointment of a new Human Resources Manager, a new GM of Membership and Consumer Business and a new Corporate Sales Executive.

“Essentially it’s all about our members,” said Arocca of the changes.

“This major restructure at CAMS has been done in line with our strategic priorities of better serving our members, customers and stakeholders in maintaining our strong record as a regulator, improving our standing as a promoter of motor sport and positioning ourselves to be more vocal on community and road safety issues.”