Sammy Walsh to step into Rocket Industries Sprintcar for WSS

Sammy Walsh to step into Rocket Industries Sprintcar for WSS 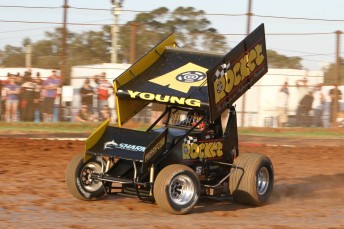 The ENZED World Series Sprintcars event at Sydney Speedway this weekend has been bolstered with Sammy Walsh stepping into the Rocket Industries machine ordinarily piloted by Matt Young.

Walsh – who’s father John finished fifth in the first ever World Series Sprintcars Championship – has been out of the saddle over recent times due to budgetary constraints. He has been given the opportunity in one of the best prepared cars in the country alongside Garry Brazier after Young was injured in a crash at Supercheap Auto Archerfield Speedway on January 8.

Young suffered fractures to his hand and a serious knee injury that will require surgery.

Since the accident, which put him out of last weekend’s Australian Sprintcar Title, won by James McFadden, he has been convalescing with family in Queensland.

Walsh was considered to be one of the most promising talents to hit the Sydney scene and was a regular on the podium during his self-funded run. For the Grand Annual Sprintcar Classic in Warrnambool, Ben Atkinson will take to the wheel of the Rocket machine.

Walsh joins 52 of Australia and America’s best at Sydney Speedway this weekend, including Joey Saldana and the man that will replace him at Kasey Kahne Racing in 2013, Daryn Pittman – making his Australian return, along with Outlaws stars such as Jason Sides, Shane Stewart and Tim Kaeding.

McFadden will make his first appearance as Australian Champion as the World Series regulars tackle the most competitive week to week Sprintcar field in Australia.

The ENZED World Series Sprintcars event will be run over Friday and Saturday night at Sydney Speedway.