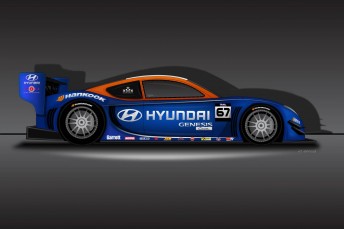 Hyundai has renewed its partnership with Rhys Millen Racing as it seeks to defend its world record at the famous Pikes Peak International Hill Climb later this year.

The Korean automotive giant has doubled its effort to a two-car assault with expat Kiwi Millen to spearhead a purpose-built unlimited class rear-drive racer to be joined by a production-based Hyundai Genesis Coupe.

The Genesis set the world record of 9:46.164s for the climb at the hands of Millen in 2012. CLICK HERE to read full story on Speedcafe.co.nz