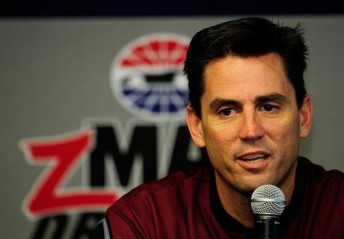 The Australian team owned by drag racing stalwart Santo Rapisarda, enters its second extended American campaign with the 2002, 2003 and 2010 NHRA Top Fuel Champion. Dixon sits in second place on the all time final round wins list with 62 wins to his credit.

With winter testing getting underway now for most teams ahead of the Winternationals at Pomona February 14-17, it’s not only behind the wheel that Rapisarda Autosport International is taking a huge step forward. Lee Beard – a three times NHRA Crew Chief and Team Manager – has joined the team as Director of Operations. His history sees him having won NHRA events in both Top Fuel and Funny Car with 11 different drivers. His most recent of the 54 wins he has obtained was at the 2012 season finale in Pomona, so he arrives at Rapisarda Autosport full of confidence.

This will be the first time that Dixon and Beard have joined forces. With their experience and the dedication of the Rapisarda family to Top Fuel, it forms a potent combination:

“Both Larry and Lee have some of the greatest resumes in NHRA drag racing history,” Rapisarda explained. “Although they have never teamed up together before, we believe their leadership and competitiveness will lead us to victory lane this year. I’m extremely excited to have this pair as part of our organisation.”

Whilst the full schedule for Rapisarda Autosport International is yet to be released for Australia and America, with no NHRA event scheduled at the time, one could believe that Dixon would be a huge boost to the Santos Cranes Super 3 Extreme event at Willowbank Raceway over Easter – March 29-30.