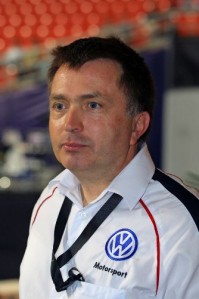 This weekend marks a major milestone for Volkswagen as it rejoins the World Rally Championship with a factory team for the first time in 25 years.

Fielding full-season entries for proven rally winners Sebastien Ogier and Jari-Matti Latvala, much is expected of the squad in its first season.

SPEEDCAFE: Why has Volkswagen entered the World Rally Championship this year?

JOST CAPITO: I think there are a couple of reasons. Firstly, Volkswagen has been very successful in the Dakar rally for many years and I think this is the next, logical step. We’re going from one rally to a series, which is real cars on real roads. The Polo is a global car for Volkswagen, it is globally built, so the WRC is perfect for us to show off the Polo.

SPEEDCAFE: The WRC has had a difficult patch with a lack of manufacturer involvement as well as a lot of issues on the promotional side. Do you see Volkswagen playing an important role in rebuilding the WRC?

CAPITO: I think the manufacturers do have an important role. It’s not just about the rallying, it’s about the marketing and media initiatives around it. I think together with the new promoter, the Red Bull Media House, the sport will improve and can be brought up to where it belongs. Formula 1 and the World Rally Championship are the oldest and biggest motorsport championships in the world. Rally just has to get back to that level.

SPEEDCAFE: You’ve obviously done a lot of development with the Polo ahead of its debut. What can we expect in the first year in terms of results?

CAPITO: The first year is definitely a learning year because some of the other teams are 20 years ahead in terms of experience. Volkswagen didn’t buy a rally team, they built their own from the Dakar team. So it’s all new for us, which is why we raced with the Skoda last year to learn the basics in parallel with our testing (of the Polo). But it’s a huge difference between testing and rallying. 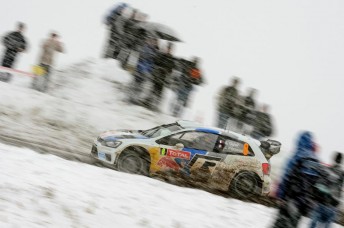 Sebastien Ogier completing shakedown ahead of the Monte Carlo

I think we’ve got with Sebastien Ogier and Jari-Matti Latvala we’ve got two top drivers, and we’ve done a lot of testing and development with the car and the team as well. I think we’ve got all the ingredients to learn in 2013, and in terms of results, we’d hope that by the second half of the season we’ll be challenging for podium results.

SPEEDCAFE: Jari-Matti Latvala showed flashes of great speed with Ford but often found it hard to string a whole rally together. Is he a risky signing?

CAPITO: No, I don’t think so. I’ve known him for more than eight years now and have followed his career closely. I’m sure we can handle him in a way that he feels very confident. There will be some pressure off him in 2013 as we are not driving and challenging for the championship. That means he can get used to the car and get comfortable with the team without that pressure. We don’t see him doing as many errors as in the past.

SPEEDCAFE: We’d certainly expect that he will push Sebastien for outright speed. Is that something that you’ll have to manage?

CAPITO: For sure we’ll have to manage it, but we believe that will bring the team up quicker, because those guys are chasing each other and they work hard to develop the car. The secret of how to manage it I think is to leave both drivers some freedom and confidentiality to set their cars up individually so that there is a healthy challenge within the team.

SPEEDCAFE: And Andreas Mikkelsen is doing a part-program. Is he an important part of the team’s campaign?

CAPITO: Yes, I think it is important to have three cars and three good drivers to challenge for the championship. Not to get points, but we’ve seen in the past that you need three or four cars to be competitive. I think many people will be surprised at how close Andreas will be to the other guys already this season.

SPEEDCAFE: Finally, is it a shame to have seen the Dakar program come to an end. It obviously enjoyed a lot of success.

CAPITO: Yes it is, but you have to look forward and not backwards. I’ve done the Dakar four times and won the truck category in ’85, so personally I love the Dakar. But sometimes you have to put things behind you and look for a new challenge.