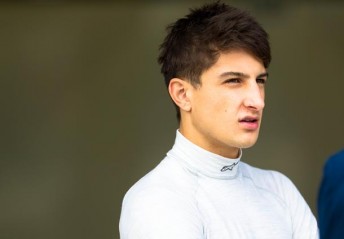 The 18-year-old won the GP3 Championship with the Arden team in 2012 – his second season in the class.

Evans will have to contend with a tough intra-team battle in his rookie GP2 season as he faces off against proven race winner Johnny Cecotto Jr.

“I want to thank Mark Webber and Ann Neal and everyone behind the scenes that have made this possible. I am hugely grateful for the chance to race in the GP2 series,” said Evans, who competed in Formula Ford and Formula 3 in Australia before heading for Europe in 2011.

“I have full trust in the team that they will give me the best opportunity to have a successful rookie season. I cannot wait for the season to get underway.”

“We have a great relationship with him and have seen him grow in the last two years in a championship that was created to bring great drivers in the GP2 Series,” said Rouse.

“We tested Mitch at the Barcelona and Jerez tests at the end of last year and were encouraged by his performance especially as he was in the top 10 with drivers who have several years’ GP2 experience.”