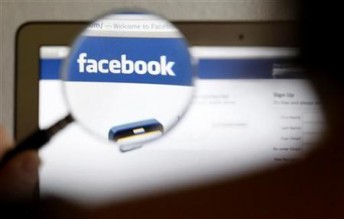 Facebook’s been in the spotlight at the Australian Sprintcar Title

In what Speedcafe.com believes is an Australian motorsport first, a driver has been disqualified from the Australian Sprintcar Championship in Brisbane for a derogatory Facebook post.

Albury racer, Grant Anderson was eliminated by officials on Friday afternoon after slamming them on his personal Facebook. In the profanity laden post, he branded Australian Sprintcar officials as ‘assclowns’ among other claims.

Whilst the offending post has now been removed, the second generation racer will not have the opportunity to race for the 51st Australian Sprintcar Championship – of which he was a strong outside chance.

Following his exclusion, Anderson was quick to get back onto Facebook to apologise to his fans and sponsors, claiming that his offending post was not in relation to the event.

In a further twist, Speedcafe.com has learnt another competitor at the event has been placed on a disqualification, suspended for six months, after one of his crew members posted their own offensive status on the social network.

Whilst sanctions have been placed on athletes in other professional sports for misdemeanours relating to social media, this being the first case in Australian motorsport sets a precedent for all levels of the sport.