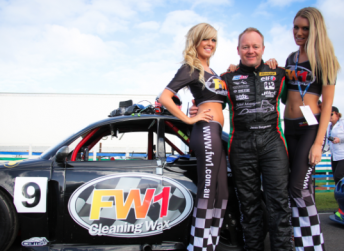 The Aussie Racing Cars has re-signed FW1 as a series sponsor for the 2013 season.

The car care manufacturer retains its place as a main backer of the class, celebrating its fifth year as a supporter within the category.

FW1 has been a part of the Aussie Racing Cars Super Series since 2009, initially sponsoring two cars. The company became the title backer in 2011 and has remained in that position ever since.

“It’s been a great association and we’re happy to have FW1 on board as a presenting partner and the official car care supporter of the series,” said Ward.