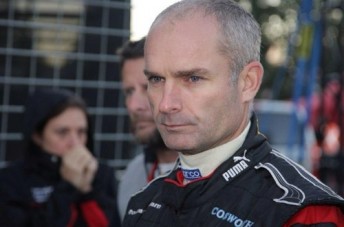 Long-time television sports reporter Leith Mulligan has been appointed as the media manager for the Confederation of Australian Motorsport (CAMS).

Most recently with the Seven Network in Melbourne, Mulligan will front a new media division within CAMS under the direction of recently appointed CEO Eugene Arocca.

Arocca says that the addition of a well-credentialed name and face to CAMS’ media department is a coup for the organisation.

“We are thrilled to have been able to secure the services of such a respected media operator, with over 20 years of experience in the industry, to head up our newly-formed media department,” said Arocca.

“A stronger focus on communication with all stakeholders has been a priority of the CAMS Board and Leith’s appointment will have a positive impact on everything from our website to everyday issues in motor sport.

“We look forward to working closely with the Australian Grand Prix Corporation and V8 Supercars to ensure that we play our role in promoting these marvellous motor sport events – but just as significant, we will be ensuring that everything is done to promote the 1800 other motor sport related events that occur in Australia each year.”

Mulligan has worked for all of Australia’s commercial networks, starting his TV career with the Network Ten in Sydney before relocating to Melbourne, first working with Nine before his most recent gig with Seven.

Mulligan is a long-time motor racing fan and has worked with the Australian Grand Prix Corporation in the past.

He says he is looking forward to his new challenge.

“Motorsport has always been a love of mine and to make the move to CAMS, a national sporting organisation with such a proud history, I am proud to be a part of it,” he said.

“Being involved with the sport and its promotion, and catering for thousands of motoring enthusiasts at all levels is a challenge to be enjoyed.”