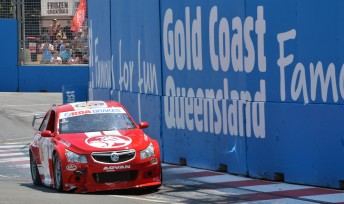 The Aussie Racing Car Series has finalised its calendar and TV package which promises to give the exciting class its highest ever level of exposure.

The series kicks off at the showcase Clipsal 500 at Adelaide from February 28 to March 3 and finishing with the street race at Sydney Olympic Park from November 29 to December 1.

“The 2013 series will be contested over six rounds exclusively with the V8 Supercars and will include the biggest and best events including the Clipsal 500, Gold Coast 600 and the finale on the streets of Sydney Olympic Park,” category manager Brad Ward said.

“We’ve worked hard to secure a good mix of events with television coverage of selected rounds for our competitors and fans and we are excited to be taking the category to some of Australia’s best street circuits.”

Ward says indications are strong that capacity grids will be received at every event following the rebirth of the category with father and son Tony and Klark Quinn taking over ownership of the Aussie Cars in April, 2012.