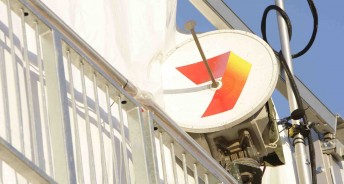 V8 Supercars is on the verge of its own ‘fiscal cliff’ with fresh media rights contracts still unresolved with the start of the championship less than 58 days away.

The ramifications of the current situation have reached crisis point with the status of the TV negotiations potentially effecting thousands of people associated with the sport.

V8 Supercars’ boss David Malone promised an announcement on a deal before Christmas but there has been a deafening silence.

Category management decline to make any on-the-record comment at a time when the sport is at flashpoint.

Speedcafe.com has learned that V8 Supercars has been hit with a stream of emails from embattled team owners and their commercial managers in recent weeks.

There is a strong belief that a deal will be done, but it is the final make-up of the arrangement that is the multi-million dollar question.

Many industry insiders are reluctant to go on record about the current situation for fear of being seen as negative towards the sport, or scaring their sponsor base.

The media rights saga comes eight weeks from one of the biggest turning points in the sport – the introduction of Car of the Future and two new manufacturers.

Many teams are struggling to sign sponsors due chiefly to a lack of direction with the TV rights, while others are nervous that deals they have locked away will be brought into question.

The NRL and AFL television negotiations were used as an excuse by the sport for many months last year, but those deals have long been done.

While networks Ten and Nine have been rumoured as being “interested” in the V8 Supercars deal, it is public knowledge that both have their own financial issues. Both Networks have publicly shown interest in the cricket TV rights. 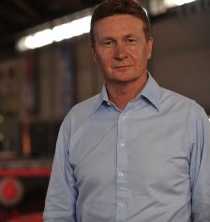 With the V8 media rights issue lingering, teams were issued with a projection of their individual “dividend” for 2013, which is reportedly significantly less than last year.

If Seven turn out to be the only player interested in a fresh term, there is every chance that the deal which is brokered will be significantly less than the current arrangement.

That, in turn, would mean even less revenue for the teams.

This is not a direct reflection on the sport, but the current TV advertising position and the nature of the media industry itself, which is changing by the day.

It will also mean that Seven will have the right to dictate the final arrangements, including what races are viewed on its main channel and which are programmed for 7Mate.

The current pressure comes on top of the teams all having to re-tool and build brand new cars for the Car of the Future program, which is also unveiled for the first time in Adelaide from February 28-March 3.

Channel 7 were the host broadcaster of the Australian Touring Car Championship for 35 years before Network Ten bought the rights for the rebranded V8 Supercar championship in 1997.

Seven returned as broadcaster in 2007 in a TV/on-line deal with BigPond believed to be valued at $168million which included contra deals.

When the decision to return to Seven was made it was announced on April 22 of 2006 and then reconfirmed in an official media release from Seven 24 days later – providing many months of planning and preparation.

There has also been little news on the on-line negotiations – a significant cash stream also now gone after the withdrawal of BigPond at the end of 2012.

Speedcafe.com has undertaken a breakdown some of the ramifications both large and small associated with this deal as it currently sits.

Ramifications of the media rights crisis:
* Teams trying to secure major sponsorship deals for the 2013 season and beyond
* The Series trying to secure their own sponsors
* Budgeting for the teams and series
* Budgeting for events controlled by V8 Supercars
* Advertising schedules for the network and events
* Programing schedules for the networks
* Promotional schedules
* V8 Supercar TV – will the production arm need to exist? – it is believed several contractors have already found other employment
* Operations and logistics for the opening round of the championship (staff, laying cable, camera stands, catering, travel, accommodation etc)
* Accreditation
* Contracts with governments on what television coverage needs to be provided
* International TV coverage – who is taking it up? – how is it being provided
* Branding of all series uniforms
* Public Relations programs
* Media guide design
* Website design