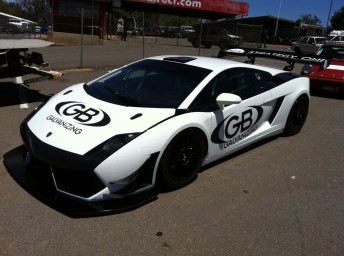 The newest Lamborghini in Australia will be unleashed around Mount Panorama as the latest entry in the Liqui-Moly Bathurst 12 Hour from February 8-10.

A newly formed Australian GT squad based in Melbourne – M Motorsport – will field a Lamborghini LP600 – the newest Lambo GT3 in the country.

Speedcafe.com has gained exclusive first pictures of the machine which will be campaigned by new GT driver Justin McMillan, Ross Lilley and the experienced Steve Richards.

McMillan is making the step up to GT racing after winning the past two Victorian Sports Car Championships while Josh Hunt, who scored his first Aussie Car win on the streets of the Gold Coast in October, will serve as the reserve driver and team coach.

Ash Seward will head up the team’s engineering with the car’s official livery being unveiled at the Bathurst event.

See below for the complete entry list for the Liqui-Moly Bathurst 12 Hour.