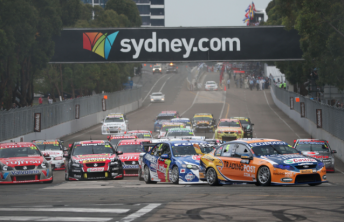 The first set of betting odds have been released for the 2013 V8 Supercars Championship, with four-time champion Jamie Whincup placed at the head of the queue.

Whincup, who will drive the #1 Red Bull Racing Australia Holden Commodore VF next year, sits at a short $3, ahead of his Red Bull team-mate Craig Lowndes.

Pepsi Max Ford Performance Racing’s Mark Winterbottom and Will Davison, who finished third and fourth in the 2012 V8 Championship, are ranked in the same positions, ahead of the two Holden Racing Team Commodores, with Garth Tander at equal odds as Davison at $8. James Courtney is out at a handy $17.

Also at $17 is FPR’s David Reynolds, plus two Mercedes-Benz AMGs and a Nissan Altima. Tim Slade, Lee Holdsworth and Rick Kelly are all placed on $17, showing that the betting agencies, at this stage, are showing faith that the new cars will have immediate speed.

Note; the odds below do not list any entries that do not have a confirmed driver yet.

See below for Sportingbet.com.au’s early odds for the 2013 V8 Supercars Championship.