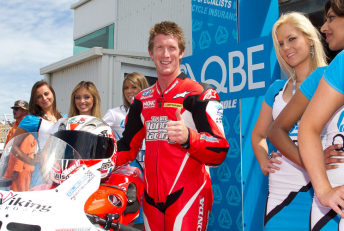 The QBE Australian Superbike Championship has announced its 2013 calendar.

The 2013 schedule will cover five states with a total of six rounds, kicking off as a support class to the World Superbike Championship round at Phillip Island in February.

The championship then heads to Tasmania’s Symmons Plains, supporting the V8 Supercars, followed by the long trip north to Darwin’s Hidden Valley for a stand-alone event, followed by Queensland Raceway, a return for the class to Sydney Motorsport Park (Eastern Creek) and the finale at Phillip Island in early October.

Australian Superbikes, Supersport as well as the all-new combined 600 class will be the headline acts at all meetings.

See below for the full Australian Superbike calendar.