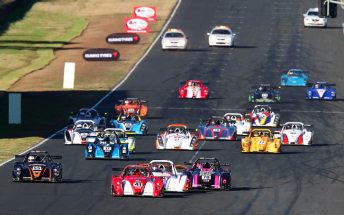 The Radical Australia Cup will host a special marquee event at Sydney Motorsport Park next year.

The Radical 250 will be an approximately 250km race to be split into two halves, on the Saturday of the July 13-14 weekend next year, supporting the Australian Six-Hour race weekend.

The grid will be determined by a 20 minute qualifying session followed by a Top 10 one-lap shootout – believed to be a first for Radical racing worldwide.

Co-drivers are permitted, but entrants have the option of competing the Radical 250 individually.

‘Professional’ drivers will be able to race in the second half of the race – following the 20-minute half time period – however will be forced to serve a drive through penalty as part of their time handicap for being a ‘seeded’ driver.

The 250km marquee race is one of a number of changes to the category’s regulations of 2013, including the implementation of rolling starts for all events.

Also, following the introduction of the V8-powered SR8 RX into the series next year, it’s been determined that the driver with the most points accumulated in either the SR8 or SR3 classes will be the Radical Australia Cup winner – ensuring drivers with the existing SR3s will still have the opportunity to win the series overall.

Continuing the incentive offered for the previous three years, Radical Australia have confirmed the overall series champion will receive a funded Radical UK works team race seat for their chosen round of the Radical European Masters Series in 2014. That could mean a drive at Spa, Monza or another European Motorsport Mecca. 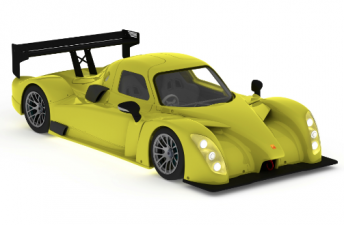 A sneak peek of the new Radical RXC Race

Meanwhile, the SR8 entrants will be distinguished from their SR3 counterparts by fluro yellow markings on the nose cone and wing mirrors – aiding identification for race fans and competitors on-track alike.

Outside of July’s Radical 250, professional driver ‘time penalties’ will be reduced to 40-seconds for each stand-alone 50- minute race.

In other Radical car news internationally, the race car company has revealed plans to launch its own sportscar – the Radical RXC Race.

The aggressive looking RXC has been created to compete to GT3-specification events and will be unveiled at the 2013 Autosport International Show on January 10.