PIRTEK POLL: Would you see Race of Champions if it was held in Australia?

PIRTEK POLL: Would you see Race of Champions if it was held in Australia? 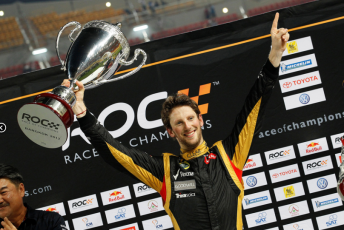 Romain Grosjean won the 2012 Race of Champions in Thailand

The 2012 Race of Champions has been run and won, and for the first time, a current Australian touring car driver has been involved in the event.

While four-time V8 Supercars champion Jamie Whincup did not factor at the front of the field, simply being invited to the event was a tick in the box for Whincup and the V8 Supercars category.

Speedcafe.com’s Stefan Bartholomaeus was on the ground in Thailand, reporting from the 25th running of the end-of-season event at the Rajamangala Stadium in Bangkok.

The event was won by Lotus Formula 1 driver Romain Grosjean.

The Race of Champions was first held in France in 1988. The following year’s event was run in Germany, before 14 consecutive events in Spain. Since then, the popular all-stars event has visited France, England, China, Germany and Thailand.

With Whincup and compatriot Mick Doohan making their mark on the event, the question can now be asked – Would you like to see the Race of Champions event be held in Australia?