Speedcafe.com has ensured that its readers will continue to receive their daily racing fix all through the holiday period with the commencement of the Castrol EDGE Summer Grill.

Jewell and McConville tackle the big questions of the 2012 season, as well as the issues that will be raised in the 2013 V8 Supercars season.

Also, popular faces from the V8 Supercars answer the questions, offering a broad range of opinion from all different ends of the paddock. 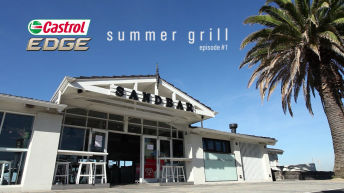 The opening episode of the Castrol EDGE Summer Grill kicks off tomorrow (Monday, December 17). The Summer Grill will run for 21 consecutive days, published each morning.

The first question being asked in the Grill; Is Jamie Whincup the best Australian touring car driver ever?

Other topics raised over the course of the Summer Grill include Casey Stoner and his V8 future, Shane van Gisbergen, fuel economy races, endurance drivers, Car of the Future, the new manufacturers, 2013 parity and V8 Supercars in America.

Besides the analysis offered by Jewell, McConville and members of the V8 paddock, Speedcafe.com and Castrol EDGE have combined to offer an exciting gift to all fans of the sport. What will it be? You’ll find out on Christmas Day …