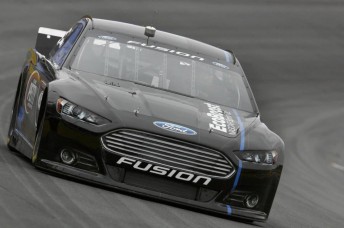 Ford, Chevrolet and Toyota teams have concluded a two-day test at Charlotte Motor Speedway, and while a new unofficial track record was set, the final regulations are still to be confirmed.

The new look cars, which will make their race debut at the Daytona 500 next year, bear a closer resemblance to their respective manufacturers, as opposed to the common shape introduced with the category’s ‘Car of Tomorrow’ regulations.

Teams ran individually for periods of the test, as well and race simulated pack running, gather data for NASCAR to assess and consider more changes to help improve overtaking.

Kahne is confident that the new regulations will help improve the on-track spectacle.

“I felt really good in traffic. I didn’t really have a problem passing the car in front of me,” Kahne said.

“I think just having a nice, balanced race car like we’ve had for the last day and a half has helped. I didn’t have a problem passing cars at all.”

NASCAR vice president for competition Robin Pemberton said that more technical changes will be effected prior to the start of the season at Daytona.

“There’s still work that we are doing, there’s things that we have discovered,” said Pemberton.

“There’s things we may implement before the start of the year and those are the things that help the cars run in traffic, not being in as much of a deficit when they’re at the back of the pack.

“We are continuing to work on that and we won’t quit.”