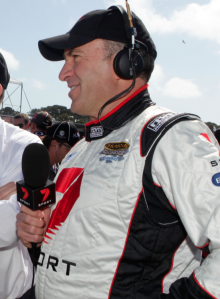 Beretta, a regular in V8’s pit lane and sports presenter for the Seven Network, will be apart of the 20 car field, featuring sporting stars and other celebrities.

Model Finch, a long-time racing fan, is excited to be involved.

“All the other competitions I’ve been involved in, including Celebrity MasterChef and Miss Universe, have been warm up events for this one I think!” Finch said.

“I love racing and I thrive on competition. I can’t wait to get out on the circuit at the Australian Grand Prix in March and to be a part of this unique challenge.”

The Australian Grand Prix will be held in March next year.