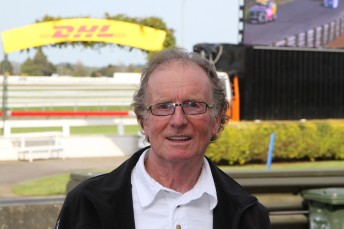 New Zealander Graeme Lawrence’s memory piques at the mention of the 1960’s and 1970’s when he raced against the biggest stars in world motor racing.

His eyes light up reflecting the days of the Tasman Series/F5000 and Can-Am rockets but become misty when the topic links Formula 2 and the brilliant Scottish driver Jim Clark.

Lawrence was part of the Kiwi gang headed by Bruce McLaren, Denny Hulme and Chris Amon in period when the tiny nation punched well above its weight during one of motor racing’s most exciting but dangerous eras.

Born in Whanganui on the west coast of the North Island on December 25 in 1940, Lawrence gave his parents the biggest Christmas present of their lives.

He was not so much born to race but born into a car culture. However his day wrestling a steering wheel in a race happened much later than he would have liked.

“I was too bloody old when I started,” Lawrence told Speedcafe.co.nz referring to the late 1950’s.

“I raced a Humber 80 in what you would call touring car races now. That was my start and I reckon I was too bloody old because I was in my late teens.”

They were the first steps toward a career where Lawrence would become a star in single-seater machines, some of the most potent on the planet. 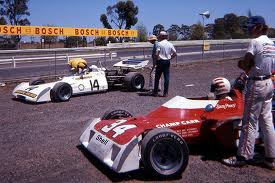 He was the third Kiwi to win the Tasman Series by 1970. Lawrence’s victory was preceded by compatriots Chris Amon (1969) and Bruce McLaren in the maiden series in 1964 which also featured Kiwis Denny Hulme, Jim Palmer, Tony Shelly and Rex Flowers.

This would be the most fondly remembered period for Lawrence along with racing against the inimitable Kenny Smith.

“The first two seasons we ran that Ferrari were the most memorable without doubt,” Lawrence said.

“At the end of the second season we would have had one of those Ferrari 312Bs but it was used only for F1.

“Kenny Smith and I have been like brothers from day one and we are a similar age. As many people are aware he still races today and he has said to me that I could still be racing if I wanted to. Although he admits it gets a bit harder but he still enjoys it. What else has he got to do?”

Immediately before Lawrence’s open-wheel career sprouted wings, his family had made the big move from Whanganui to Hamilton in time for his 27th birthday.

The following year Lawrence would find himself going to England to drive for Bruce McLaren in his compatriot’s Formula 2 outfit.

But it would not be long before tragedy intervened, plunging Lawrence’s initial year in Europe into a profound period of uncertainty and insecurity.

On April 7, 1968, Lawrence shared breakfast with the great Jim Clark who had become the most successful grand prix driver to that time.

They were at Hockenheim to race in the F2 race but the German circuit was unfamiliar territory for Lawrence. 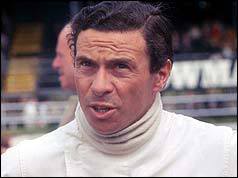 “Jim then decided to take me out onto the circuit with him. We were in a Mark IV Zephyr so he could show me around the place. I had got to know Jim over the years with him coming out to do the Tasman Series,” Lawrence explained.

Lawrence was booked to drive a McLaren with Robin Widdows while fellow Kiwi Chris Amon was in a Ferrari with Clark and Graham Hill driving the Gold Leaf Team Lotus machines.

Clark, a double F1 world champion, had inexplicably veered off the circuit in the first of two heats and smashed into the heavily timbered perimeter of the circuit, suffering fatal injuries.

The brilliant Scotsman’s death left many peers questioning their own abilities in the sense that if it could happen to the best in the business what possible hope could the rest of them have? 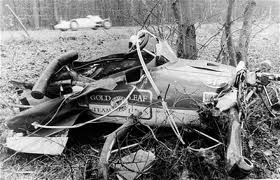 The twisted wreckage of Clark’s Lotus

Recalls Lawrence: “It was a very sad weekend. It was a wet race and Jimmy had been having problems.”

Lawrence also had problems with the McLaren M4A that weekend too.

“The problem with the McLaren and no disrespect to Bruce, the sponsors had disappeared and it was channelled into the F1 team and that is fair,” he begins.

“(And that was) because Bruce had to be selfish this time. F2, while it didn’t mean anything in that sense, Bruce was focussed on F1.

“Sometimes you had to step over and there’s a big difference between stepping over and stepping on. Bruce and I would never step on anybody.

“We stepped over and he had to do that to make his F1 team work. So we were left with a car that was never, ever developed.

“I struck up a good relationship with Guy Ligier and Jo Schlesser because they had terrible problems.”

The pair had decided to team up and they purchased a pair of McLaren F2 cars. The same year Honda had enabled Schlesser to get his big break in F1 but unfortunately he was killed in an inferno at the French Grand Prix on July 7, 1968.

Ligier, a former French rugby player, then decided he had had enough he retired.

For Lawrence it was to be a year of learning to live with the perils of motor racing and the politics of how to conduct yourself.

“I also did a lot of testing in the Can-Am cars while I was overseas and I learnt a heck of a lot in 1968. Probably the biggest thing I learnt was to stand up and say what I thought.”

Lawrence still marvels at that Ferrari 246T which supplied him with victory in the 1970 Tasman Series but was mindful that it could have also been the car which brought him undone.

The same car propelled Chris Amon to victory in the 1969 Tasman Series with four victories from the seven rounds.

“The memories are hard to put down to one particular thing. The relationships and friendships are the years were special like with Kevin Bartlett and Warwick Brown and John Walker,” Lawrence said.

“The Lola was also special and so was that Ferrari.

“For what that Ferrari was and from when it arrived when we first went testing as I slipped down into the cockpit there was a voice saying, ‘this is the day of reckoning. You think you’re not too bad a race driver. We know what this car has done and we know what you’ve done’.

“It was almost a case of this will tell if I’m any good or not.”

After winning the Tasman Series in that Ferrari, Lawrence would field an offer from Enzo Ferrari to tour the factory at Maranello. For reasons which still escape him to this day, Lawrence did not take up the offer.

“My biggest regret was when I had an open invitation from Enzo Ferrari to go to the factory but I never got around to doing it,” Lawrence said, a look of regret spreading across his face.

“I received his letter and a telegram after winning the Tasman Series and I still don’t know why I didn’t take up the offer. I’m still kicking myself now.

In June, 2011, Lawrence travelled to Maranello where he was re-united with the 246T which is still right near Gilles Villeneuve’s Ferrari in the museum.

These days one of Lawrence’s pet projects is to see a dedicated driver training track and education facility built near Hamilton.

“I suppose you could say its a sub-division without the houses,” Lawrence says.

“There will be a network of roads, roundabouts, traffic lights and everything else to replicate everything you see on the outside.

“We have the land at Mystery Creek.”

One major stumbling block is finding about $3.5million to see the project come to fruition.

Another thing that occupies his time is watching his third son Shaun racing in the Suzuki Cup.

“I’ve been spending time with Shaun on the car. He is just about to turn 30. And the youngest one Josh has just represented New Zealand in in-line hockey and he’s been to a couple of world championships. That’s been different.”