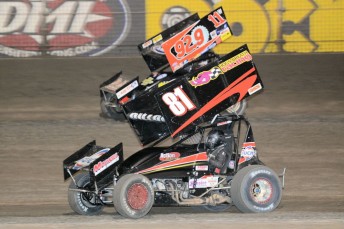 Hog’s Breath Cafe has been announced as the presenting partner for the 2012/2013 World Series Sprintcars Championship that begins on Boxing Day Night in Adelaide.

The national chain has expanded to over 75 outlets since first opening in 1989 and this is the first time that it has taken a major role with Australia’s premier Sprintcar racing series.

The company has a long term involvement with World Series Sprintcars contracted driver, Luke Dillon and has various relationships in other form of motorsport from drag racing to V8 Supercars with Triple 8.

The partnership with Hog’s Breath Cafe adds to a new look World Series Sprintcars this season, with many new faces replacing some of the stalwarts of WSS.

“We’re excited about the new faces that we have on board this year,” Race Director, Shane Collins told Speedcafe.com. “We have some new personalities and we’re working with them to be the future faces of the sport. They are in line with a younger demographic and we’ll working hard to get new people to our events this summer. The new partnership with Hog’s Breath Cafe is an exciting part of that.”

A number of emerging young faces including second generation racers Shaun Bradford from Western Australia, Shaun Dobson from Tasmania and Daniel Pestka from South Australia will be facing off against the likes of American stars Shane Stewart and Tim Kaeding, along with the most decorated driver in World Series Sprintcars history, Brooke Tatnell, who will enter a limited campaign with Steve Caunt Racing.