PIRTEK POLL: Which champion impressed you most in 2012?

PIRTEK POLL: Which champion impressed you most in 2012? 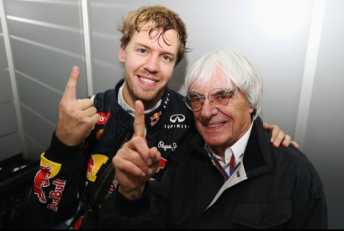 Another season of world motor racing has now passed, with a variety of fresh champions and familiar faces taking the sport’s biggest titles.

For the third successive year, Sebastian Vettel and Red Bull Racing proved too good in the Formula 1 World Championship.

Vettel struggled to adapt to the new style of unblown-diffuser cars in the early races before launching a late season charge that netted four consecutive wins and ultimately pushed the 24-year-old German ahead of Ferrari rival Fernando Alonso.

Elsewhere in the world, Sebastian Loeb signed off from his full-time World Rally Championship career with a stunning ninth consecutive title for Citroen. Departing to embark on a new career in GT and touring car racing, Loeb leaves a legacy unsurpassed in the history of rallying.

New stars were born in the United States, with Brad Keselowski defeating five-time champion Jimmie Johnson to take a maiden NASCAR Sprint Cup title for himself and team owner Roger Penske, all in Dodge’s last season in the sport.

Ryan Hunter-Reay meanwhile continued the heartache for Will Power in the Izod IndyCar Series, taking advantage of a mistake from the Australian in the final round to snatch the title.

Domestically, Jamie Whincup and Triple Eight proved too strong for their opposition for the fourth time in five years.

The 2012 season was arguably Whincup’s most complete performance yet, sealing the title with a full event remaining and taking a fourth Bathurst win along the way against a determined effort from Ford Performance Racing.

Which of these triumphant men impressed you most during 2012? Vote now on Speedcafe.com’s Pirtek Poll, below.