Steven White will compete in the 2013 Auto One V8 Ute Series after securing support from Dunlop Super Dealers.

White, a member of the original Holden Young Lions squad in 1997, will drive a yellow and black Dunlop entry in the popular series, but is yet to formally announce the team that he will compete with

After attempting an international open wheel career in the mid-90s, and driving in selected national-level categories overt the past few years, White says that to have his commercial deal locked away is the first step to getting on the grid for next year. 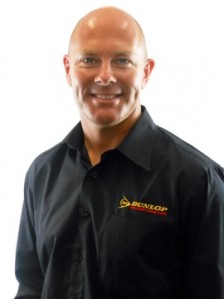 “It’s been a while, but the competitive fire burns as bright as ever, and I cannot wait to get out amongst the V8 Utes next season,” White said.

“I wont underestimate the task at hand as the V8 Utes Series is as tough as any, though I intend to add to my win tallies, and will do everything in my power to get our program to the front.

“I am delighted that Dunlop Super Dealers have come on board to support me in my 2013 Campaign. I am more than grateful for this opportunity.”

“After being involved in the motorsport community for years now, we felt the move to the V8 Ute Series with a driver we respect highly was too good to pass up,” Andrews said.

“There is a great synergy we feel between our brand and that of the colourful V8 Ute image. We feel our dealers will be able to get right in behind this and support it with much excitement.”

The opening round of the 2013 V8 Utes Series will be held at Adelaide Parklands, starting on February 28.