PIRTEK POLL: Which Dunlop Series driver deserves a start in the main series?

PIRTEK POLL: Which Dunlop Series driver deserves a start in the main series? 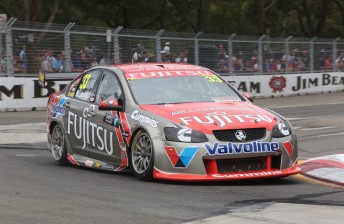 Is McLaughlin’s appearance in the final race in Sydney a sign of things to come in 2013?

Scott McLaughlin wrapped up the Dunlop V8 Series title on the streets of Sydney Olympic Park.

He then backed-up to replace Alex Premat in the Fujitsu Racing GRM Commodore in the final race of the V8 Supercars Champion.

Does his title and the fact that he drove in the main game in the afternoon guarantee him entry into the full championship in 2013?

McLaughlin won two of the seven rounds; as did Chaz Mostert and Nick Percat. Scott Pye took the series finale.

So which of the top five drivers should be suiting up against the likes of Jamie Whincup, Craig Lowndes, Mark Winterbottom or Tim Slade?

Vote now on this edition of Speedcafe.com’s Pirtek Poll, below.