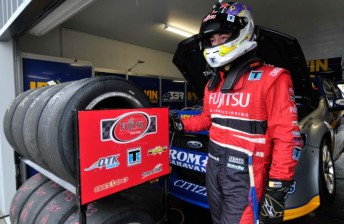 The Fujitsu Racing team has confirmed less than an hour before the start that Premat will not take part following his withdrawal from Race 29 due to dehydration.

McLaughlin secured the 2012 Dunlop Series title earlier this afternoon by finishing the last race of the second-tier season in third place.

The 19-year-old has been backed by Fujitsu for his entire three-year Dunlop Series career and is thought to be in the frame to replace the departing Michael Caruso in Garry Rogers’ main series outfit next season.

McLaughlin tested a GRM Holden at the conclusion of last season but will not get a lap in the #33 entry prior to the formation lap for today’s race.