Harris the champion as McConville dominates in Sydney

Harris the champion as McConville dominates in Sydney 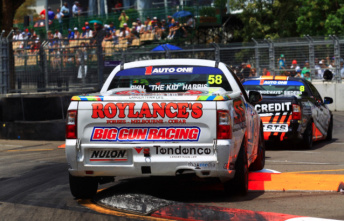 Ryal Harris is the new Auto One V8 Utes Series champion after a typically bruising final round at Sydney Olympic Park this weekend.

Harris’ day was fairly routine, taking fourth place in Race 3, but it was enough to clinch the title from David Sieders and Nathan Pretty on a weekend in which Cameron McConville won both completed races.

Sieders was denied the opportunity to claw more points back from Harris when Race 2 was declared a non-race due to a first lap melee. Sieders was still a chance to win the series if results went his way in this afternoon’s finale. 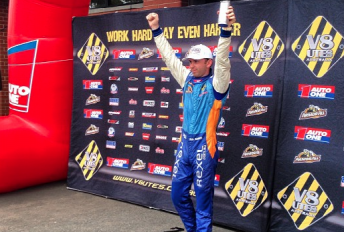 However, Sieders’ hopes were extinguished when the MangoCredit Falcon slowed with a gearbox issue on the final lap, allowing the car #58 past with five corners remaining.

Harris had nevertheless already done enough, after running two positions behind the third-placed Sieders for the first eight laps of the shortened Race 3.

McConville, who had been wiped out in a multi-car incident at the start of Race 2, was back on the front row this afternoon by virtue of his Race 1 victory. The former V8 Supercars driver repeated the win with another dominant victory and a maximum haul of the points.