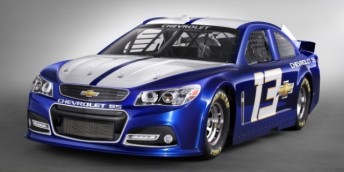 Holden’s 2013 V8 Supercars contender has been previewed by the launch of the Commodore VF-based Chevrolet SS NASCAR Sprint Cup car in Las Vegas, Nevada, this morning.

The Holden Commodore and Chevrolet SS road cars will be built side-by-side at Holden’s plant in Elizabeth, South Australia, from next year, and are expected to be highly similar in styling.

The race cars for both models are scheduled to debut well before the mid-to-late 2013 on-sale dates for their respective road car bases, providing an unusual launch dilemma for General Motors. 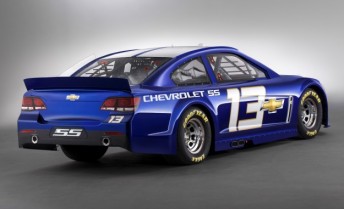 The SS NASCAR reveal comes amid post-season ‘champion’s week’ celebrations and follows track testing of the car in camouflaged colours.

Holden meanwhile has remained cagey on when its new race and road variants will break cover, commenting to Speedcafe.com only that its V8 Supercar will not appear publicly until the new year.

The situation has left V8 Supercars to conduct its back-to-back aero testing between the VF, the Ford Falcon FG and Nissan Altima offerings in high-security environments.

The new model Holden and Chevrolet coincide with revised rule packages for both the V8 Supercars and Sprint Cup championships, with the latter returning to unique bodywork for each manufacturer following six years of the current single-template panel work.