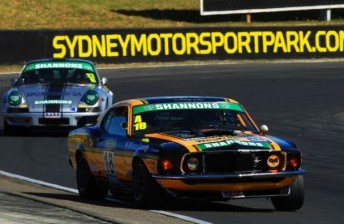 The 2013 Touring Car Masters calendar has been revealed, with the new season set to kick off at Sydney Motorsport Park’s inaugural Top Gear Festival in March.

The series retains its current eight round format but has dropped its two outings on the Shannons Nationals card in favour of the new festival and an additional appearance on the V8 Supercars Championship support bill.

Although a notable absentee from the Clipsal 500, the category’s V8 Supercars commitments see a return to Barbagallo after a year away and a repeat of its 2012 Hidden Valley, Queensland Raceway, Sandown and Bathurst appointments.

The season concludes in November alongside the V8 Supercars at Phillip Island – a circuit TCM visited this year with the Shannons Nationals.

The two Sydney meetings will be run on different layouts, with the North Circuit set to be used for the Top Gear Festival and the full Brabham Circuit again slated for the Muscle Car Masters.

John Bowe secured back-to-back TCM titles at the final round of the 2012 season at Sandown last weekend.

See below for the full 2013 Touring Car Masters calendar