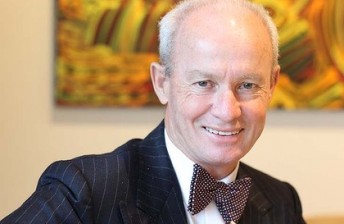 V8 Supercars has confirmed the appointment of James Strong as Non-Executive Chairman of the Board, replacing Tony Cochrane.

Strong has an enviable record in the Australian business scene, chairing the board of grocer giant Woolworths for more than 11 years. He is also a former Director of the Australian Grand Prix and is currently Chairman of the organising committee for the ICC Cricket World Cup 2015, Chairman of Kathmandu Holdings and a Director of Qantas.

He has also been Chairman of the Australia Council for the Arts, and was CEO of Qantas from 1983 to 2001.

Due to a new portfolio of interests, Strong stepped down as Woolworths Chairman this month.

“James has an impeccable record in corporate governance and administration for two decades and brings to V8 Supercars a wealth of experience,” Malone said.

“Aside from being a pre-eminent Australian corporate leader, James also has a deep understanding in the business of motorsport having been on the board of the Australian Grand Prix Corporation and a current Director of Dorna Sports which manages MotoGP worldwide.”

“James will help guide V8 Supercars through its next growth phase and his corporate experience and motorsport knowledge will be invaluable as the Board and management team embark on that process.”

Strong is a passionate motorsports fan and is looking forward to sinking his teeth into the new role.

“All forms of motorsport are a passion of mine and I have been honoured to work for many years with the Australian Grand Prix Corporation and with MotoGP through Dorna,” Strong said.

“V8 Supercars is without doubt the leading motorsport category in this region and a force worldwide. I look forward to contributing to the next phase of the V8 Supercars development and growth.

“The sport is in wonderful shape for the future and I want to play an active part in the next period of evolution; the potential is unlimited.”