Adam Brand to race at Sydney Speedway this weekend

Adam Brand to race at Sydney Speedway this weekend 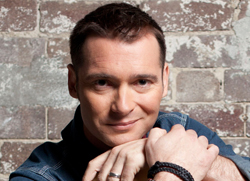 Adam Brand will race at Sydney Speedway this Saturday night

Country music star, Adam Brand will return to racing in a one-off appearance this weekend at Sydney Speedway when he takes to a ‘Legend’ car support division.

The former V8 Utes racer started his career in Speedway in Western Australia before his passion for country music beckoned and Brand carved a career that has seen him be awarded 12 Country Music Association of Australia Awards and been nominated four times for an ARIA.

He will perform the National Anthem at the Speedway on Saturday night before being strapped into the racecar.

“Speedway and motor racing has been in my blood my whole life,” said Brand. “I’ve had chances to race various cars in my career, including V8 Utes, the Suzuki Swift Series and the occasional Speedway drive like this weekend.”

His appearance at Sydney Speedway has a charitable purpose, too, with his latest single ‘I Was Here’ being used as the official anthem of the Salvation Army’s Christmas Appeal in 2012. Members of the Salvation Army will be on hand to raise funds for the appeal from the crowd.

“It’s such an honour, such a privilege to work with The Salvation Army,” Brand states, “I’ve seen, particularly in the last few weeks, the amazing work that these wonderful people do and it’s humbling to work so closely with them.”

Sprintcars will headline the program at the Speedway, located at Granville.