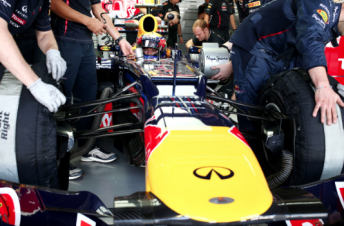 Car maker Infiniti and Red Bull Racing have confirmed that they will strengthen their ties in 2013.

Infiniti, the luxury car division of Nissan, will increase its support of the champion Formula 1 team, becoming the major technical partner and the title sponsor of the team.

The team will be known as Infiniti Red Bull Racing from next season, with the partnership confirmed until 2016.

The new deal will not affect the branding of the team’s engines, with the three-time champions to continue with Renault power plants.

“Red Bull Racing and Infiniti have been working on a number of initiatives since the start of our relationship in March 2011,” he said.

“During that time, Infiniti has demonstrated significant technical prowess and I’ve been impressed by the depth of the wider engineering capabilities of the Nissan Motor Company.

“In terms of marketing, Infiniti has leveraged their involvement with Red Bull Racing and Formula One very effectively and has become well known in a short space of time. These two attributes are what makes Infiniti the ideal title and technical partner for Red Bull Racing.”

“Having a committed technical partner like Infiniti gives us a great platform for working together on technical projects, such as the Energy Recovery Systems for the 2014 season.”