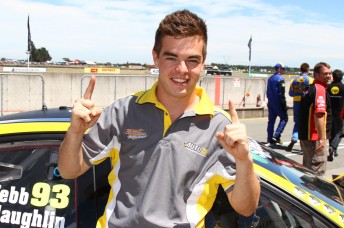 Scott McLaughlin completed his finest hour of motor racing by sealing the inaugural V8 SuperTourer Championship title with a race to spare at Christchurch’s Ruapuna circuit.

The Gold Coast-based Kiwi scored a resounding win after his chief rival Greg Murphy’s race was over in the opening seconds when he was taken out on the first corner by Steve Owen.