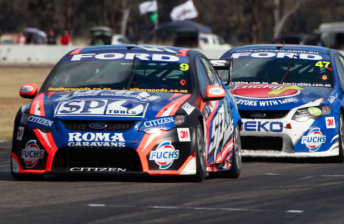 Shane van Gisbergen has confirmed he will leave V8 Supercars at this end of this season, citing personal reasons for his shock withdrawal.

The news, broken by Speedcafe.com on Saturday during the V8 Supercars event at Winton, will see the talented Kiwi withdraw from the series, with Stone Brothers Racing management agreeing to release him from his three-year contract that he re-signed in May this year.

In a statement released by the team this afternoon, van Gisbergen said that he will head to New Zealand to sort his “personal issues,” adding that SBR’s merging with Erebus Motorsport and the team’s switch from Ford to AMG was not the impetus for his departure. 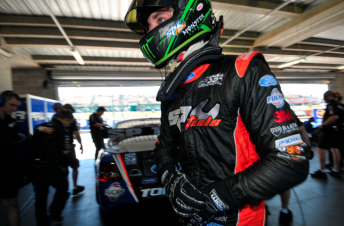 “Today I am announcing that I will be leaving Stone Brothers Racing and the sport of V8 Supercars,” van Gisbergen said.

“Contrary to media reports, I do not wish to race for another V8 Supercar team and my decision to leave the sport has in no way been caused by Ross and Jimmy’s decision to switch manufacturers in 2013 or the teams partnership with Erebus Motorsport.

“I am leaving V8 Supercars due to personal reasons which I do not wish to discuss in the public domain. I will be moving back home to New Zealand and have no fixed plans for the future.

“I have enjoyed a five successful years with Stone Brothers Racing and was given as unique opportunity by the team to race V8s at a very young age, which I am very grateful for.

“I would like to take this opportunity to thank Ross, Jimmy, my sponsors and my team for the time and money they invested in me during my V8 career.”

Van Gisbergen will compete in his final V8 Supercars race at the Sydney Telstra 500 on November 30-December 2.