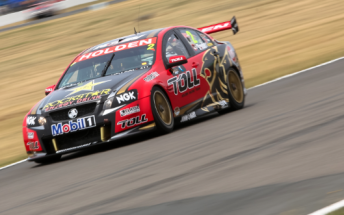 Garth Tander and Taz Douglas have received 25 point penalties for their parts in separate incidents at Winton Motor Raceway yesterday.

Douglas was also handed a 25 point penalty for contact with The Bottle-O Racing’s David Reynolds.

Neither Tander or Douglas’ championship positions were affected by the loss of points.

In other penalties, championship leader Jamie Whincup has been stung with a $4000 fine from the stewards, suspended until May 31 next year, after the TeamVodafone driver “failed to punctually attend a prescribed media appearances and remain for the duration of those commitments.”