Mostert, Percat set to square off on Winton front-row

Mostert, Percat set to square off on Winton front-row 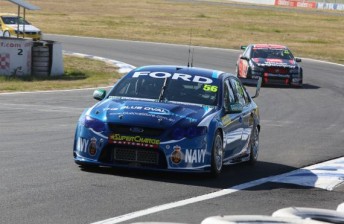 Ford Performance Racing’s series leader Mostert recorded the three fastest laps of the session during his third and final run to end up 0.29s clear of his Walkinshaw Racing rival.

Percat, who used a new set of tyres to top practice yesterday, jumped to second on the grid with his 13th and last qualifying lap.

Scott Pye set the early benchmark in his Triple Eight Holden but failed to improve on the second of just two runs, falling off the road at Turn 1 on his final attempt.

The first of three Dunlop Series races for the weekend will get underway today at 1415 local time.