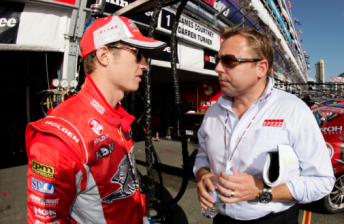 The deal will make Diffey one of few Australians to land a plum job with an American television network.

Diffey will be joined by analysts David Hobbs and Steve Matchett, who have all been poached from the Speed Channel. Speed is expected to move away from its all-motorsports programming, taking on more lifestyle content.

“We are privileged to add not one, not two, but three experienced and respected voices to our Formula One coverage,” said Sam Flood, Executive Producer for NBC Sports and NBC Sports Network.

“Leigh, David and Steve are all gifted storytellers, who live and breathe F1. They will educate viewers with their unique perspectives, which have been formed from longtime careers spent either behind the wheel, in the pits or in the booth.”

In October, it was announced that NBC Sports Group will televise all F1 races across its free-to-air channel and its subscription network.

The coverage will include races, qualifying, practice sessions, studio shows and replays that amount to more than 100 hours of programming annually.