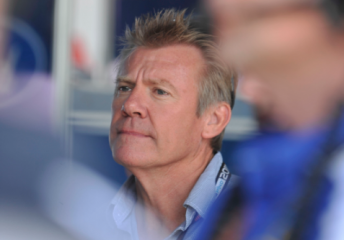 Charlie Schwerkolt is aiming to have his 2013 driver signed and announced ahead of Ford Performance Racing’s first post-season test at Winton on December 11-12.

The owner of the #18 V8 Supercars Racing Entitlements Contract will take his REC from Dick Johnson Racing to FPR next year, creating a four-car factory team.

Schwerkolt would not be drawn on who will drive his car next year, with recent pit lane chat placing current Stone Brothers Racing’s Shane van Gisbergen in the seat. Carrera Cup driver Alex Davison and Dunlop Series leader Chaz Mostert have also been mentioned as candidates for the prized drive. 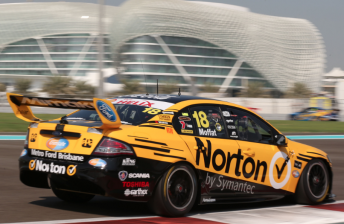 FPR will test as many as three cars of its new Car of the Future Falcons at Winton, a week after the final event of the 2012 V8 season at Homebush, and Schwerkolt is hoping to have his driver sorted in time to let him get accustomed with the team.

“My driver might be there, but at this stage, I don’t have one so I can’t really comment. It’s all up in the air,” he told Speedcafe.com.

“I’m hoping to have my driver locked away by then, for sure. There’s a chance they could be there for the test. It depends which driver it is, if they’re available on that day, if they’re out of contract, if they’re in the country. There’s lots of if, buts and maybes.

“Obviously, they’ll be more testing early next year, so it’s not a major disadvantage to miss that one, but ideally, I’ll have my driver there.”

Schwerkolt is also reserving his confidence regarding his commercial situation.

He says that while he has some deals in place, there are still spaces available on his car and nothing will be confirmed until the new year.

“I won’t be announcing any sponsorship deals until 2013,” Schwerkolt confirmed.

“I’d like to do it at the beginning of the season and come out with a bang.

“It’s looking OK at the moment. It’s extremely tough in the commercial world. It has been a tough process, putting it all together. Money is tight, economy is tight and tough, and it has been a bit of battle, but we’re getting there.

“At the end of the day, I have no option other than to get it done. I must have the dollars to make it all happen. I’m working extremely hard to get it all put away correctly.”

While his driver and commercial deals are not locked away, Schwerkolt could confirm that his car will compete under the #18, joining the #5, #6 and #55 cars from the FPR stable.

Since the mid-1980s, the #18 has been intrinsically linked to DJR and has won two Australian Touring Car/V8 Championships with John Bowe in 1995 and James Courntey in 2010.

DJR is highly unlikely have an entry to compete with the #18 next year, with the team set to downsize to as low as two cars next year. CLICK HERE for Speedcafe.com’s previous story.

Schwerkolt confirmed that his Ford Falcon FG would be entered under #18, and doubts there will be any backlash from die-hard DJR fans.

“Fortunately, I’m running a Ford, and that number has always been linked to a Ford. That’s a good start for the fans of that number.

“I honestly think the fans will simply be happy to see the number remain out there in the race.”