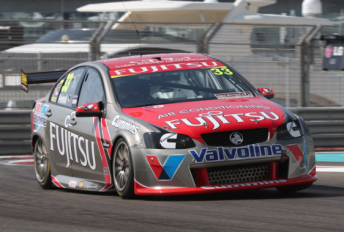 Would he give all the answers that Speedcafe.com’s Grant Rowley was really after? No, but he was kind enough to offer his time for this week’s edition of Cafe Chat.

SPEEDCAFE: Michael Caruso’s contract is up at the end of this year. There’s been speculation for some time that you’ll lose him to Nissan next year. What’s your position on his future with your team?

GARRY ROGERS: We’ll be making announcements, within the next period of time, regarding who will be driving our cars and what categories we’ll be running in. 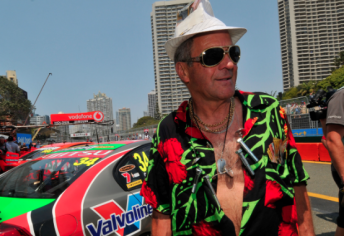 SPEEDCAFE: Is there scope for yourself to do a Dunlop Series entry. You’ll certainly have a few of the current-specification cars in your artillery …

ROGERS: As I said, we’ll make announcements on the drivers and the categories we’ll compete in in the near future.

SPEEDCAFE: Alexandre Premat did a solid job in Abu Dhabi. He qualified well, but was caught up in some incidents that were out of his control. Having rested him for the Gold Coast, were you happy with his comeback?

ROGERS: He did a very good job in Abu Dhabi. The incidents weren’t his fault, but I thought he did a good job.

SPEEDCAFE: We go to Winton this weekend, a track that he has done the most amount of laps in a V8 Supercar. Do you looking for even more progress at Winton?

ROGERS: We would like to see him do a great job at every meeting we go to.

My view on Winton, regardless of the driver, in no different to any other circuit – we expect the best from everybody at every opportunity.

SPEEDCAFE: Your team had its first Car of the Future test recently. How did it go?

ROGERS: I think it was good. (Team manager) Pierre and everybody seemed happy with it. The car ran well with no real issues, and really, there shouldn’t be. With all of the time, money, energy and effort being put into those cars, I would consider that by all reports, it was quite a positive for the team.

SPEEDCAFE: And how is the second car coming along?

SPEEDCAFE: And you have a bunch of fans invading your workshop on Monday after Winton …

ROGERS: That’s right, we’ve got V8Xtra filming a program at our shop.

I think it’s very good concept. We used to have open days which allowed people to come in. This is a similar opportunity for people to come down and see where we do our business.