Tony Cochrane has options and is “fielding offers” for 2013

Tony Cochrane has options and is “fielding offers” for 2013 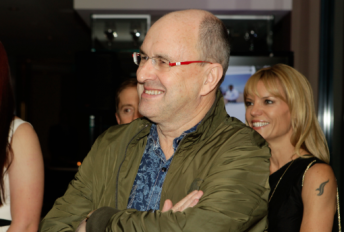 Former V8 Supercars executive chairman Tony Cochrane says that he has a number of options on the table and is fielding offers for 2013 and beyond.

Cochrane has concluded his full-time work at V8 Supercars headquarters in Nerang, Queensland, and is now in the reduced role of being available to senior management and the Board until the Christmas break.

Next year, he will only be an advisor to the V8 Board.

From 2013, Cochrane’s personal future is up in the air, with Speedcafe.com learning that he has been linked to the IndyCar CEO role, recently vacated by Randy Bernard.

It is the second high-profile position that he has been linked to, having been mentioned by mainstream media as a potential CEO of the National Rugby League.

Cochrane was not willing to discuss “speculation,” telling Speedcafe.com that he does not feel a ‘CEO’ role would be the right fit for him at this point in his career.

“There’s been quite a bit of speculation (the IndyCar CEO role) in America, but I’m not going to get into any discussion about what I might or might not do.” Cochrane told Speedcafe.com.

“I have a commitment to the board and senior management to work with them until Christmas break, pretty much on a full-time basis to assist with the transition.

“Next year, I’ll be an advisor to the board, and after a good break over Christmas/January, I’ll have a serious look around about what I might consider doing in the future next year.

“People will speculate. Look at all of the media speculation around me being the CEO of the NRL. It was wonderful speculation, but no one ever asked me.

“(But) at my point in my career, I doubt that I’d take on being CEO of anything. I think I’m past the CEO stage.

“I’ve got a few offers and quite a few approaches from people wanting to do all sorts of things, but I doubt I will take on a CEO role anywhere, whether it be at the NRL, IndyCar in America or the National Australia Bank. That’s not really where I see myself in my stage of my career.”

Cochrane says that he has a number of offers on the table but is in no rush to make a decision.

“I’ve been overwhelmed about the number of approaches to do various things,” Cochrane said.

“I can tell you though, I don’t plan on making any formal commitment to anything or anybody until February or March next year.”