Sera and Hays to lead Australian charge in Las Vegas

Sera and Hays to lead Australian charge in Las Vegas 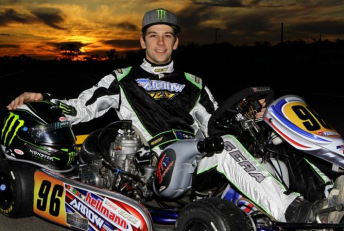 David Sera and Chris Hays will lead the Australian charge at the 2012 SKUSA SuperNats at Las Vegas this weekend.

The two Australian karting champions are part of a continent of 12 Australians, with the pair to be joined by Jason Faint, Jake and Kurt Kosteecki, Thomas Schou and Thomas Howe in TAG Junior, James Allen (and Sera) in TAG Senior, while Jack Doohan, Broc Feeney, James Howe and Lochie Hughes will tackle the cadet class.

Hays, the recently-crowned Australian Pro Gearbox champion in the Castrol EDGE Stars of Karting, will compete in the KZ2 category. The class will see a star-studded line-up, including world champions Marco Ardigo, Jorrit Pex and Max Verstappen, the son of former F1 driver Jos. The winner of the class will receive $10,000. 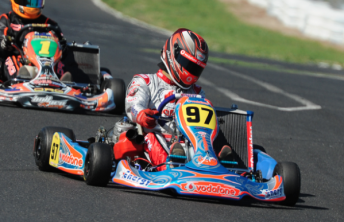 Eleven-time Australian champion Sera has spent the 2012 season in the Australian Formula Ford Championship and will miss this weekend’s final Formula Ford race at Winton to compete in his third Las Vegas street race.

Sera will team up with KartSport North America aboard an Australian-made Arrow chassis in the TaG Senior category. There are 80 competitors entered for TAG Senior.

Even though Sera has only raced in three karting events this year, Sera is still ranked Number 2 in world Rotax rankings, and after finishing second in the Vegas race in 2010, he is hoping to secure his first win this weekend.

“The last race I did was at Bathurst in a Formula Ford (finishing sixth), and for me, that was the pinnacle of anything I’ve done in motor racing,” Sera told Speedcafe.com.

“In terms of karting, racing at Las Vegas is on par with that. It’s the biggest and best kart race of the year with a huge amount of spectators and atmosphere.

“It’s going to be more difficult this time around, as my preparation has changed.

“I finished second last time, missing the win by 0.001s after starting 29th. I’d like to go one better this time.”

Practice for the street race kicks off on Wednesday.