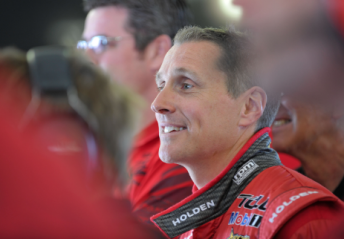 Cameron McConville will replace Tomas Mezera as the Driving Standards Observer for the Winton V8 Supercars event this weekend.

McConville has a wealth of experience as a driving standards observer in Carrera Cup and Formula Ford, but this will be his first time managing the on-track exploits of the V8 drivers.

Besides his V8 DSO role, McConville will also race in the Auto One V8 Ute Series, plus act as the DSO for Formula Ford.

“I haven’t done the driving standards gig for V8s before. I know all of the drivers and semi-mates with most of them, but I’ll put that all aside and judge every incident on its merits,” McConville told Speedcafe.com.

“It has gone from being a quiet weekend for me to a very busy one, but I’m used to that. I like to keep busy and wear a few hats.”

McConville says that the DSO role in V8s will be different to his other gigs.

“In Carrera Cup, there’s a difference in driver experience from front to rear. I deal with incidents different, depending on the level of experience,” he said,

“This weakend, I’m dealing with professional drivers, and I’ve done plenty of miles around Winton, so I know what is acceptable and what isn’t around that joint.”

McConville currently sits eighth in the V8 Ute Series and finishing fourth at the Bathurst 1000 alongside James Courtney.