Justin Dowel to return to ARC with Volkswagen Polo

Justin Dowel to return to ARC with Volkswagen Polo 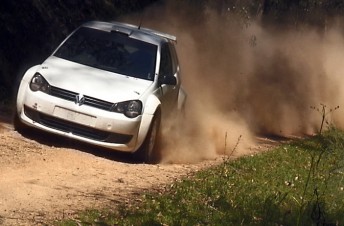 Dowel has been concentrating on his business commitments this year, but will return for the final round of the championship, campaigning a 2009 model VW, purchased by Activ RallySport from Volkswagen South Africa.

The car has competed successfully in South Africa for the past two years and will form the basis of Dowel’s 2013 ARC attack, along with a major sponsor that will be announced in January.

After sitting on the sidelines for almost 12 months, Dowel is looking forward to his return to the sport.

“I’m incredibly excited to be getting back behind the wheel again, and after testing the new car last week, the team is confident that it’s going to be a competitive little machine,” Dowel said.

“We had Simon Evans come to our test day and he was able to give me some great pointers on how to drive a front-wheel drive car quickly.

“In essence I need to un-learn everything from my four-wheel drive days, and re-learn things for the new car.

“The test day was very beneficial, and hopefully I can put that to good use at Rally Victoria.”

Activ RallySport has received strong support from VW in South Africa, which Dowel says was a key in their decision to purchase the car.

“The car is well balanced and amazingly fast, and we hope that Rally Victoria will give us a good platform to start our campaign for the 2013 Australian Rally Championship title,” he said.

“We know that next year is going to be an extremely competitive championship, and this is just the first step in trying to reclaim our national crown.”

Dowel will be co-driven in the event by Scott Spedding, as his 2011 championship-winning co-driver, Matt Lee, will be driving a Toyota Celica in Rally Victoria. Lee will return to the left-hand seat for the 2013 ARC campaign.

See below for video of Dowel testing the VW Polo.