Sebastien Loeb back out front in Spain

Sebastien Loeb back out front in Spain 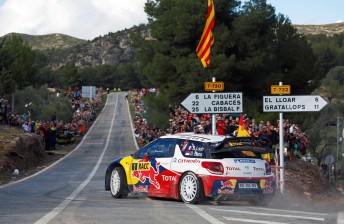 Sebastien Loeb out front on the tarmac in Spain

Sebastien Loeb is on target for his 76th World Rally Championship victory at the final event of the season, RallyRACC-Rally de Espana.

Trailing Norwegian Mads Ostberg at the start of the day, a change from gravel to tarmac for Leg 2 brought the nine-time world champion right into the mix while Ostberg went into freefall during the afternoon.

Loeb stormed away from the field during the afternoon extending his margin over Jari-Matti Latvala from 18.9 to 27 seconds through Saturday’s second loop of stages. 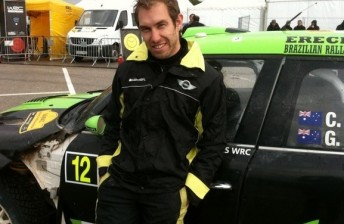 The Ford driver tried to keep within sight of Loeb’s Citroen, but had to concede defeat and admit that the Frenchman – in his last event as a full-time World Rally driver – was still a class apart on asphalt.

Initially suspecting set-up issues, Ostberg eventually wondered if something was broken on his Adapta Ford given its lack of pace and “horrible” handling. He dropped back behind Mikko Hirvonen and Ott Tanak to fifth.

A positive day for Australia’s Chris Atkinson who rejoined the event under Rally 2 regulations after failing to finish the opening leg with suspension damage. On the tarmac stages Atkinson improved his pace throughout the day to end the leg in 11th place overall and just one place outside the points. 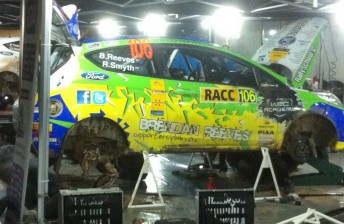 Brendan Reeves has finished fourth in the WRC Academy standings

“The first loop this morning was tough because it’s difficult to take the same level of risk and find a good rhythm from the beginning after retiring on the previous day,” said Atkinson.

“We probably lost a bit more time than we wanted, but we had a clean and steady run.

“After midday service things worked better and our times definitely improved compared to the morning. I felt more confident with the Mini and I found a better rhythm. We finished today in 11th position and I’m happy to be closing in on the points positions again. Tomorrow we’ll wait and see what happens and do everything we can to try and score at least one WRC point.” 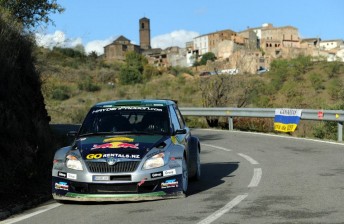 In the WRC Academy Australia’s Brendan Reeves finished sixth overall in the event and fourth in the standings. Coming into the event Reeves had a chance to finish second in the championship, while his sister Rhianon Smyth had a chance to finish first in the co-driver’s standings. However, punctures and an engine issue at the end of the first leg ended their hopes of scoring the positions they had aimed to achieve.

After failing to finish the opening leg, Kiwi Hayden Paddon showed his class in the Super 2000 field by winning every stage in his category.

“A better day today and I have enjoyed the tarmac,” said Paddon.

“I have been a little surprised by our times, setting fastest S2000 times on all of today’s six stages.

“The feeling with the car is good but there is still some room for improvement which we will concentrate on tomorrow. Today makes up a little bit for yesterday’s disappointment – looking forward to tomorrow.”