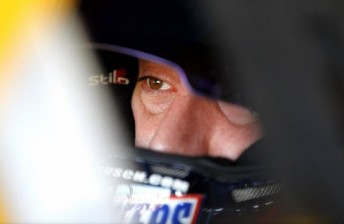 Joe Gibbs Racing’s Kyle Busch has scored pole position for Sunday’s AdvoCare 500 at Phoenix International Raceway, where the bulk of the attention will again be on the championship contenders.

Jimmie Johnson, who heads into the penultimate race of the season with a seven point margin over Brad Keselowski, will line-up just 24th after struggling on his qualifying run. The position marks the five-time champion’s worst starting slot for a Chase race in more than two years.

Keselowski was also less than sparkling however, recording the 14th fastest time in his Penske Racing Dodge.

At the top of the order, Toyotas swept the top three places as Martin Truex Jr and Denny Hamlin proved the closest to Busch’s track record time.

Kevin Harvick, who qualified 19th, was the talk of the paddock prior to qualifying with rumours circulating that he has signed a deal to switch from Richard Childress Racing to Stewart-Haas Racing for 2014.