Sydney Dragway boss to stay at the helm

Sydney Dragway boss to stay at the helm 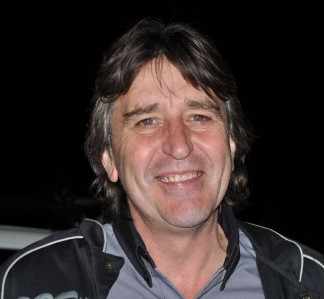 Sydney Dragway boss, Ray Treasure has reversed his decision to leave New South Wales’ premier drag racing facility and will stay on at the venue.

A meeting yesterday between Treasure and the Sydney Dragway board saw him agree to stay on board with the track that is adjacent to Sydney Motorsport Park.

“It’s true that there are a few issues that motivated me to challenge the board in regards to the running of the venue, however after some formal discussion and concession by both myself and the board, we have resolved those issues to both mine and the boards satisfaction, and as a result, I am more than happy to continue my role at Sydney as Venue and Events Manager,” Treasure said.

Treasure – who formerly managed the drag racing event elements at the Perth Motorplex – is one of the most genuine people in motorsport and has respect around the country for his passion, drive and forward thinking nature.

“We have all worked hard to turn this venue around,” Treasure added. “With two successful events in succession with last season’s Nitro Champs and last weekend’s Nationals, I am confident that we have proved that we have the best people on the job to ensure that Sydney Dragway returns to being a great venue for racers and fans alike.”

Losing Treasure would have been a massive loss to Sydney Dragway, particularly as it is in the midst of a re-building phase, admits General Manager, Rick Gauci.

“I am very pleased to have Ray stay on and commend him for his professionalism in the way he and the Sydney Dragway Board dealt with addressing the issues,” said  Gauci. “There is no mistaking that Ray along with Sydney dragway management team has spearheaded Sydney Dragway’s return to success and we are excited about continuing building the future with Ray at the helm