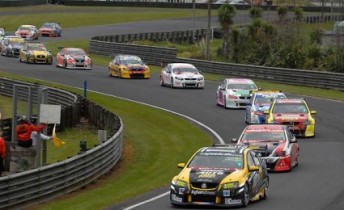 V8 SuperTourers have announced some surprises for the 2013 season after releasing a provisional calendar which lists an ‘international’ event in August.

The international round has been tentatively booked for August while another ‘special event’ slated for Auckland City has been listed as round three in May.

Late last month V8ST chief executive Didier Debae confirmed to Speedcafe.co.nz the series was in talks to host a race in South Korea.